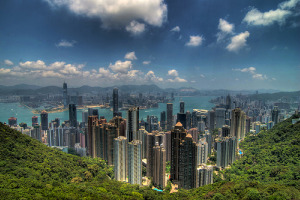 Sometimes it’s the horror stories about hostels in a certain city that get told way more often than the good stories. Hong Kong is one of those places where it’s easier to find bad stories than good ones when it comes to cheap accommodation.

As we mentioned a few weeks ago, one of the biggest misconceptions has to do with the word “mansion” in the building names for many of the city’s cheapest (and most infamous) hostels. These Hong Kong hostels, we told you, are not mansions – far from it. But that doesn’t mean that all hostels in Hong Kong deserve the same bad rap.

In fact, there are some Hong Kong hostels which get consistently good reviews from previous guests, so we’re going to focus on those for this article. You’ll notice that all but one of the places listed below have the words “guest house” (or “guesthouse,” which is only one word, but who’s counting?) in their names instead of the word “hostel.” There’s an easy explanation for that – most of them are not really hostels.

Most of the places listed here are more accurately be called “guest houses” instead of “hostels,” because they’re small (some as small as only six double rooms) and don’t have big dorm-style bedrooms. But they definitely qualify as budget accommodations, and they all get high marks from previous guests.

It’s also worth noting that most of these hostels are in some of the same “mansion” buildings as some of the not-so-nice hostels – these buildings are absolutely full of little guest houses, so it’s really important you know exactly which one you’ve booked and where it’s located (what building, what floor) so you don’t get led to another place altogether.

Combine a central location with friendly staff and free WiFi and you’ve got a great foundation for a well-liked hostel. The Paris Guesthouse in Hong Kong has all of these things, plus cheap prices for their clean (though small) rooms. It’s definitely not a hostel, as all the rooms are private and have en-suite bathrooms, but the guest house is certainly affordable.

It’s worth noting that Paris Guesthouse is actually located in one of the infamous “mansions” buildings, the Chungking Mansions on Nathan Road, but it’s kept very clean and this place shouldn’t be confused with one of the lesser hostels in the area. The guesthouse offers free internet (in addition to free WiFi), free coffee/tea, anc there’s CCTV surveillance 24/7 even though the front desk isn’t open 24 hours a day.

Another highly-rated guest house in Hong Kong is the Yiu Fai Guest House, which is also located right on the busy and central Nathan Road. It’s within walking distance of many of the sights, and also a short walk from public transportation, making it an ideal location for budget travelers. Additionally, although it’s a guest house with private rooms instead of dorms, it’s affordable for backpackers.

The rooms at Yiu Fai Guest House, like most rooms in Hong Kong, aren’t huge – and the cleanliness factor isn’t as great as it probably could be – but the rooms are cleaner than some of the hostels on Nathan Road, and the staff is friendly and helpful. There are only six rooms at Yiu Fai.

First we have a guest house with “Paris” in the name that’s not in Paris, and now we have the Maple Leaf Guesthouse that’s not in Canada! This guest house is on the 12th floor of the Chungking Mansions building on Nathan Road, so it’s centrally located and within walking distance from some attractions as well as public transport. The rooms are small and simple, but they’re private and pretty clean.

Guests at Maple Leaf Guesthouse get free breakfast (there’s a guest kitchen for you to store and cook your own foods as well), and there’s internet access and WiFi. There’s also A/C throughout, which is a must in Hong Kong’s steamy summers. The rooms have en-suite bathrooms, and linens and towels are included.

Guangdong Guest House is yet another in the Chungking Mansions building on Nathan Road (so, again, it’s centrally located for budget travelers to walk to some sights and get on public transit for the rest). This guest house was voted Hong Kong’s top hostel in 2008 on a popular hostel booking site, and many previous guests credit the owner as being the main reason they give it such high marks. He’s helpful, friendly, and will go out of his way to be at your service while you’re staying there.

Most of the rooms at Guangdong Guest House have en-suite bathrooms with private showers, and all rooms have TV, air conditioning, and internet access. Guests get free drinking water and can make free local calls from the guest house, linens and towels are included, and the rooms are cleaned daily.

Yesinn Hostel is the only place on this list that qualifies as what most would think of as a traditional hostel, as it’s got dorm-style rooms with bunk beds where you’re paying for the bed not the whole room. It’s also not located on Nathan Road or in one of the “mansion” buildings, so it’s different in a couple ways. You can choose from the hostel’s dorm rooms (none larger than 8 beds) or pick a private room, depending on your budget and travel style.

Guests at Yesinn Hostel get free WiFi and internet access, air conditioning throughout the hostel, and each room comes with a private en-suite bathroom (even the dorms). Linens are included with the price, although you’ll need to bring your own towel or rent one at the hostel. A fridge and microwave is available for guest use in the kitchen, and hair dryers are available in the bathrooms. The hostel is colorful and bright, and it’s close to public transit so you can get around easily.