Hostels » Articles » The Most Popular Hostels in London

The Most Popular Hostels in London 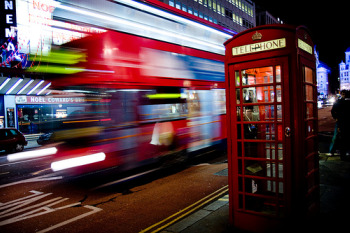 Let’s face it, London is expensive. It’s expensive to live in, and it’s expensive to visit – even if you’re only staying for a few days. But does that mean you shouldn’t go? Absolutely not. It just means you’ve got to be even smarter with your travel plans in order to make the most of your travel budget. And, of course, one of the ways to save money is by staying in London hostels.

Because London is such a hugely popular tourist destination, it doesn’t take long to find a zillion accommodation options throughout the city. There aren’t as many hostels in London as there are hotels, but there are still enough hostels that picking the one you’ll stay in will likely require looking at the descriptions of several. But if you’re not inclined to just pick one at random, you probably want to consider the hostels you’re looking at in terms of additional criteria and not just choose based on their price or location.

If that’s the case, then let us suggest one of the things you might consider is this list of the most popular London hostels.

Sure, there are some downsides to booking a stay at a popular hostel in London – the rates may be a little higher, the hostel may fill up more quickly, the dorms are more likely to be full – but these places are popular for a reason. They’re typically more fun because they appeal to outgoing travelers, and they tend to offer more perks than other hostels. So at the very least, they’re worth checking out.

The Ace Hotel calls itself a “three-star hostel,” and although there aren’t really star-ratings for hostels you can totally see why this place rates itself so highly (and why guests do, too). There are private rooms (hence the “hotel” name) but also up to 8-bed dorms, a light breakfast is included in the price, and the hostel has a great location in the Kensington neighborhood.

I know you’re all about budget, which means dorm rooms, but consider that in the Ace Hotel’s double rooms you’ll get a private patio, a fridge, and a bathrobe and pair of slippers – and it’s still less than you’d pay for a hotel room in the area. There are also great common rooms, including a hot tub.

The Astor Museum Inn is only one of the Astor hostels in London, all of which are good, but this one consistently comes in ahead of the rest. The hostel is across from the British Museum & Library (hence the name), and within walking distance of many of London’s attractions.

Breakfast is included in the price, there’s internet access and a fully-equipped guest kitchen, and there’s no curfew. There are double rooms if you like a bit more privacy, and dorms have as many as 12 beds. Shared bathrooms are on every floor. Note that you must be between 18-35 to stay here.

The building housing Palmers Lodge dates from the late 1800s, but it’s been completely updated and refurbished to offer guests an historic stay at a budget price. It’s not right in the center of London, but it’s well-placed when it comes to public transportation so you can get into the city easily.

Among the perks of staying at Palmers Lodge are the free continental breakfast, free WiFi and free internet access. There’s an on-site bar that’s great for hanging out and meeting people, and if you’re really on a budget you’ll appreciate the savings you can have with a bunk in the 28-bed dorm.

Anyone who’s traveled even a little bit will be familiar with the St. Christopher’s name – and indeed, there are a few St. Christopher’s hostels in London alone. The Greenwich neighborhood location is a nice mix of the social vibe the chain is known for as well as a laid back atmosphere in case you’re not a party animal.

Yes, St. Christopher’s Greenwich has one of the chain’s legendary Belushi’s Bars, but the neighborhood in general is historic and scenic in addition to a great place to find pubs, restaurants, and clubs. The WiFi is free, as are some toiletries, and budget travelers will appreciate the food and drink discounts in the hostel’s bar.

Like other places on this list, YHA has a chain of hostels in London – and the YHA London Central is the newest one. It’s close to Oxford Street and within walking distance from many of the city’s big attractions, and the whole hostel covers seven floors of the building it’s in.

Because YHA London Central Hostel is relatively new, it comes with perks that older hostels just can’t compete with – like the fact that most of the bedrooms in the hostel have en-suite bathrooms. The hostel has an on-site bar/cafe, where you can meet other travelers as well as enjoy the budget-friendly drink and food specials.